The Story of How Techno Unified Post-Wall Berlin | THUMP. 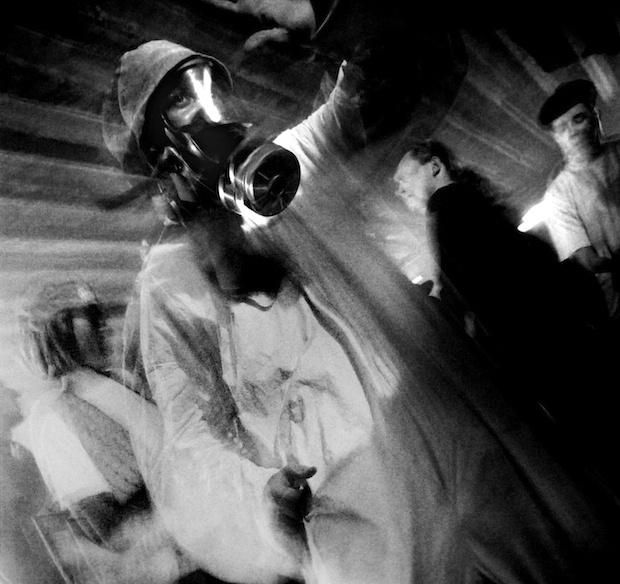 In some ways it was pure coincidence. When the Berlin Wall came down in 1989, there was already music from Detroit – futuristic, industrial, and energetic – that was the ideal soundtrack for a new era. Techno brought the East and West together before reunification did, as people from either side built a new party scene together in the ruins of the partition. With an abundance of deserted spaces suddenly made available to them, a former no-mans land was transformed into a raver’s paradise. New clubs sprung up in the unlikeliest of spaces: the vault of a former travel agency, a transformer station opposite the erstwhile Reich Ministry of Aviation and a decommissioned soap factory. It was a scene in which the buildings themselves, rather than DJs, become the stars.

Over a decade after the birth of Berlin techno, journalists Felix Denk and
Sven von Thülen conducted nearly 150 interviews with the scene’s pioneers. As Denk explained when we spoke last week, the book’s structure – an oral history told from the perspective of DJs, club-owners, music producers, bouncers and scenesters – was inspired by the egalitarian spirit of the scene itself. For a brief period, people divided by gender, race, sexuality and politics were united by their shared dedication to techno – a commonality acknowledged in the book’s title, Der Klang der Familie (English: The Sound of the Family). Ahead the publication of the book’s long-awaited English translation, I asked Denk about the significance of this moment in dance music history.

The book is being released on the anniversary of the fall of the Berlin Wall. How significant was that event to Berlin techno?
Dance music only became popular after the wall came down. Before, Berlin was mainly a rock city but it had a strong avant-garde scene. But after the Wall came down many spaces were suddenly available for parties but it also brought the enthusiasm of the kids from the East with it. The kids from East German were pushing a much harder sound. They didn’t want vocals or pianos. Also they were the ones scouting for new locations: power plants, bunkers, hangers, underground stations. It must have also been quite liberating, dancing in places where previously you might have been shot for trespassing. 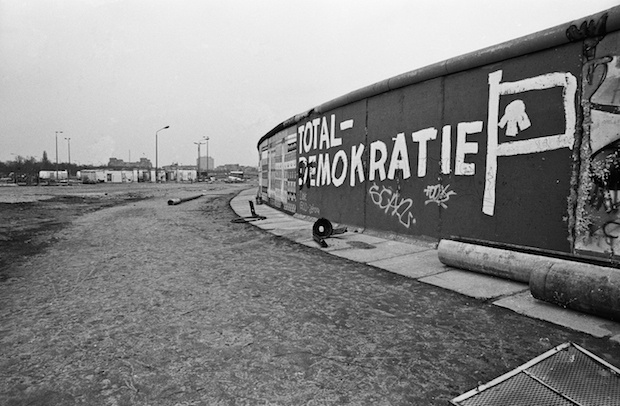 So techno brought together Berlin before the reunification?
Well one of the interesting aspects of Tresor nightclub was that it brought many people together. It was run by people from both East and West Berlin, which is quite unusual in a way. Once the Wall came down everyone was very happy, but quite soon people realised that there was still a lot of conflicts between East and West Germans. In the rave scene it was much easier because everyone was so enthused by the new music, by the new movement, by the new possibilities, by the parties. It was a joint venture between East and West and while the relationships weren’t always harmonious, there was much less friction than in society in general. It was a project on equal terms.

One of your interviewees has a memorable line about the locations being the stars of the scene. Would you say Berlin techno was as much about the architecture as the music?
Yes, that’s an interesting point. One example, is that – well, at least people from Berlin seemed to think – a place like Tresor must have shaped the way that Underground Resistance thought about their music in a way. It fitted so well: that harsh new sound in a subterranean vault with concrete floors and walls – it has very specific acoustics and feelings. And when you listen to those records that came out on UR in 91/92, which had been produced after their first gig in Tresor, their sound seemed to have gotten harder. It might not be true but people in Berlin felt that their sound had been shaped by that experience. 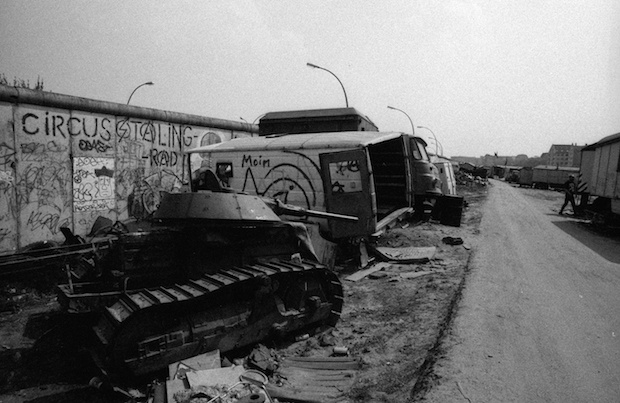 One trend that struck me while reading the book was that the gay community seemed to catalyse the scene to a certain extent? Which has certain parallels to the origins of house in Chicago.
The gay scene was very important, especially in the UFO club. It’s hard to say specifically why, although more generally discos and nightclubs had been a safe haven for gay people, a place where you could meet. I think the gay community also tended to be of an older generation, more financially comfortable, more connections, more experience and had perhaps travelled more. What we found so interesting about these early years was that it was such an incredible and strange mix of people. So you’d have a strong gay crowd mixing with football hooligans (and many of them came out at this time).

A number of the women interviewed in the book also recall that the early techno clubs were a liberating space for them, because they didn’t experience the sexual harassment that was endemic in other scenes. Why do you think that was and is there anything that we could learn from the past?
Yes, many women we spoke to said that. I think perhaps it had a lot to do with the culture, before techno came you didn’t do a lot of dancing at the weekend, there wasn’t much of a club scene. So dancing itself was new. If you look at a lot of those early raves there was also something very innocent about them: everyone was dressed very colourfully and childishly. There was a different culture, people behaved differently: people didn’t go to the clubs to pick up as much. Although, that’s not to say there wasn’t still a lot of sex going on. But the music was different, the drugs were different – everyone was very busy being on ecstasy. 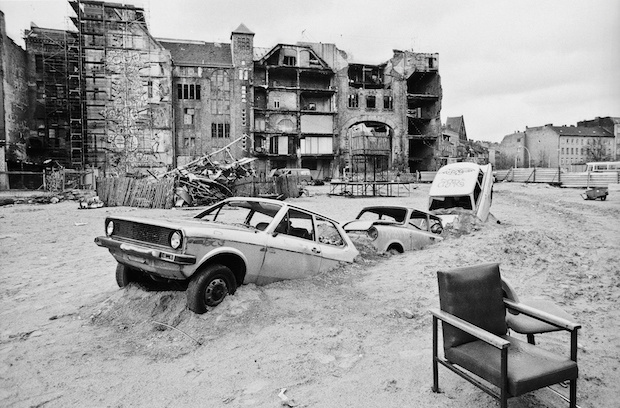 Robert Hood comments in the book that Berlin transformed techno from “a fantasy-based electronic sound” to a more “reality-based” sound. How do you see the scene’s relationship with politics?
It’s always a complex question. Many people said it was liberating but not necessarily political. During the 80s, there was constant debate about minor differences in political thought on the left, so the music offered a release from the deadlock. It was less about head and more about the stomach as we say in Germany – you’d probably say heart instead I think.

On the other hand, some people would argue that what the scene did was political despite the fact that those in the scene often claim the contrary. For example, often people didn’t care about obtaining property rights (and they could have made a lot of money from buying the buildings) or even running the clubs for a profit. They didn’t let the music industry interfere with what they were doing either, so there was a strong sense of autonomy if you wanted to draw any political statement from it. But mostly in the early years, politics was not so important. It was more that there was something liberating in being beyond that point.

I suppose, as with the rave scene in the UK, even if there wasn’t an explicit political manifesto attached to it, that doesn’t mean it wasn’t a form of politics. From today’s standpoint, that attitude towards property is particularly radical.
Yes, especially when you think how much rents have risen in Berlin of late. Someone even said to us, I can’t remember who now, that they didn’t even have the idea to buy those buildings back then. They just wanted to use them, they didn’t think as a developer or entrepreneur. There’s something quite radical about that. 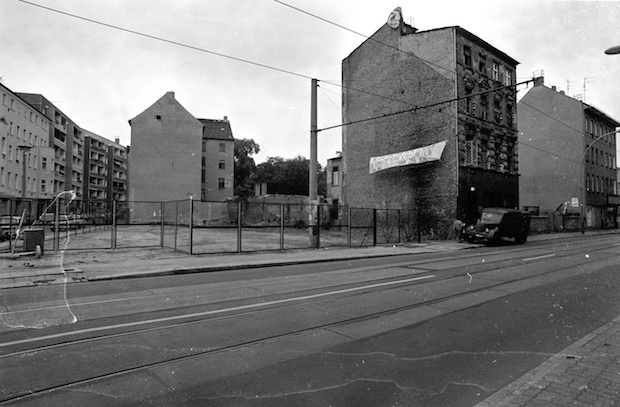 Could a music scene like techno emerge from today’s Berlin?
It’s a completely different world today and the book isn’t even based on events that happened that long ago. Back then clubs were very ephemeral, now they run for very long – think of the Berghain that’s been open for ten years now. Berlin in general has changed massively; the central district is filled with designer shops and has become the most expensive area. It’s an old story, but the people who started the scene were eventually excluded from it.

So Berlin techno is something that couldn’t happen again and in a way you probably wouldn’t want it to. It’s good that it’s not 1992, you can’t preserve the past forever, you must go forward.