Now this aint going to be everyones cuppa, but at least they arent listening to the Top 40.

I’m ignorant, I’ll admit it: Tyneside to me means Viz, Geordie Shore and Gazza – that’s about it. So it’s a nice surprise when I’m on a flying visit to Newcastle – my first – and my friend who works for Sage Gateshead calls and says “you got an hour or two free? You need to come and check this out.”

Round the back of the big shiny arts complex, it turns out, there’s a row of old railway arches. And in two of them is a kind of mini youth centre, supported by Sage, wallpapered with rave flyers and felt-pen graffiti practice pages, and kitted out in the back room with decks and a fairly pokey soundsystem. We walk in to find two young lads in there, switching between mic and CDJs, MCing their hearts out over an utterly relentless 170-odd BPM four-to-the-floor beat. This isn’t the cheeky, boinky-boinky sound of donk, nor is it the distorted pummel of gabba, the pop fizz of Scouse house or the screaming rushes of happy hardcore, though it’s got hints of all these, with an added dose of piercing, anthemic lead synth melodies. It is, apprently, makina.

“They’ll stay there doing that for as long as I leave them to it,” laughs Fred Phethean, the slighly hippie-ish but hyper-driven young Geordie who works for the Comusica programme in the arches. There’s a little ruefulness when he says this, as it’s also his duty to help his attendees with Maths and English and other educational programmes, in the hope that the non-judgemental atmosphere he’s created will encourage them to ask for help – however as an inveterate raver who’s been on the northeast’s hardcore / rave scene since his early teens himself, he understands the lure of a mixing session all too well. But he grabs the two 19-year-olds – MC Sonny D and MC Logic – and they come out to tell me about Makina, later joined by a chap called Lee who runs the scene’s biggest nights Monta Musica. 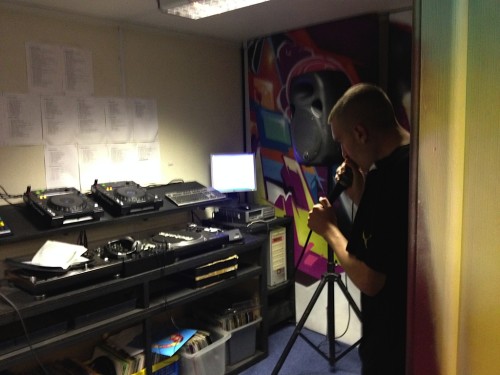 What emerges is that this scene is one of the most deep-rooted and self-contained I’ve ever come across. The Geordies are very matter-of-fact in their conversation, and perhaps slightly wary that an outsider is interested in what they’re doing (a whole crew of MCs who were supposed to come in and talk to me bail out at the last minute, after talking to one of their sisters who’s seen Vice’s ‘Donkumentary’ and realising that they could get stitched up) – but the level of obsession for the music that comes through is boggling. There’s no sense this is a fashion thing – it’s tracksuits and cropped hair all the way – rather it’s a kind of drilled dedication that makes total sense when I discover that Lee and a lot of his co-promoters are all ex-military.

Though to my uneducated ear its hard to pick apart one thumping kickdrum and on-the-beat synth lead, there are constant references to certain foundational tunes from Spain (where the sound and the term “makina” – machine – originated), Germany and Italy that still go for eye-watering sums of money: up to £300 in certain cases. This is, amazingly, still vinyl culture – with its own specialist shop Future Sounds having opened in the city centre in 2012, and that vinyl is still powerful subcultural capital for those who have it.

These first Spanish imports came over in around 1999, mixed with German hard trance by local DJs, particularly at a club called The New Monkey, to create a distinctive scene – which means that makina as such has been around literally for as long as Sonny D and Logic can remember. The older guys can talk literally for hours about the sound’s history, about certain records or certain MC bars in certain club nights that set this or that micro-trend off. In certain parts of the city, it’s more popular than rap, than R&B, than pop, it blasts from every car – it’s just the soundtrack to life. 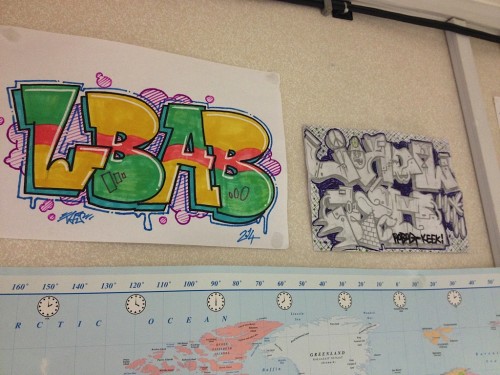 It’s proper, in-the-foundations-of-the-city, cross-generational folk music, a sound that serves its function perfectly and has no need to change. It’s the living proof of the old MC holler that “hardcore will never die”. Those vintage – and expensive – foundational tracks are still played alongside new music, and the only change over time that anyone will admit to is that, as local producers have increasingly started making their own tracks, it’s just become more relentless, with less breakdowns, to suit the nonstop tag-team barrage of the MCs.

Those MCs’ technique is as brutally efficient as the music, a constant on-the-beat flow, mostly of party-hyping lyrics or fairly standard rap boasts, but there’s a large dose of grit in there too. One of the lads casually mentions how he’d slip in something like the story of his sentencing for car theft, and lyrics on some of the YouTube clips I’ve seen often go along the lines of: “walking down an alley and a radgie said to me / give me all your money and your fuckin ecstasy / so I introduced him to my friend / wasn’t what I recommend / showed what I had to give / pulled out a 9 inch chiv.” 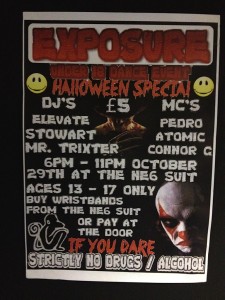 There are lyrics about police raids on clubs about joyriding, and in the case of scene favourite MC Stretch (one of the ones who cancelled on me fearing a stitch-up), a set of grim existential obsessions with mental states, suicide and reincarnation: “I hate this world, hate this earth / it’s reincarnation repeated birth / so tie me down, set me loose / really wanna place my head in a noose…” ‘Geordie Shore’ it ain’t. But there’s no gangsta swagger about the street stories, and there’s no heavy metal theatrics about the darker lyrics: as with their conversation it’s all mater-of-fact – I’m repeatedly told “we just talk about our lives.” If their audiences like the social realism of the lyrics, it’s not about catharsis or glamorisation, seemingly: just acknowledgment of shared experiences.

That audience is, basically, ravers, same as ravers have ever been. Club nights range from small ones around local neighbourhoods ever weekend to events for 1000 plus people that Monta Musica put on. When people on the scene do drugs, there’s none of your trendy meph and ket, it’s coke and pills all the way – and other than the domination of MCs, descriptions of parties sound like any hardcore rave of the last twenty-plus years. People who wouldn’t get on in daily life dance side-by-side “because they’re loved up”, local characters like an older guy “with some mental issues” can find a safe space in the raves, left to their own devices because they love the music or are part of the scene. It’s a structure that was never broken, so why would they fix it?

“Makina has become what it is with no outside interest or interference, so why would they care what we think now?”

It’s a complete world in itself really. When I ask one MC if he’s been driven by ambition beyond to get known beyond the local scene, he says “oh yeah I wanted to do raves in Sunderland and that”. He seems slightly non-plussed when I say that, no, I meant on the national scene. Someone else says they weren’t into a particular MC’s lyrics “at first – but that was his Middlesborough accent”. There’s an air of defensiveness that makina isn’t taken seriously by the national hardcore / hard dance scene, and other scenes are spoken of as if they are completely alien forms of music: donk is a bit slow and lightweight, Scouse is silly pop, gabba is “just for hippies and punks”, house is of course “for students” – although there is some degree of camaraderie with Glasgow’s hardcore scene. 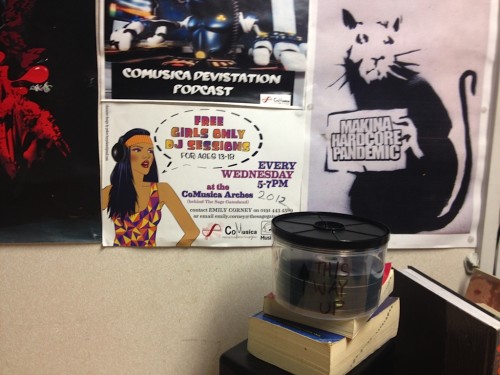 The second I run out of questions, Sonny D and Logic shoot back to where I first found them, mixing and MCing, mixing and MCing fiercely and relentlessly. And I leave Sage Gateshead’s arches wondering whether I really have any place poking my nose around a scene that clearly has no interest in what I have to say about it. It’s not that they or Lee from Monta were bothered about being asked questions, and indeed they were quite happy to hold forth on the history of it all – but there was very little if any sense that they had any interest in reflecting on the whys and wherefores of what they do, or making it easier for outsiders to get to grips with. Makina in the northeast has become what it is with no outside interest or interference, so why would they care what we think now?

I head to the gig I was in town for – Stephen Malkmus – and meet up with my friends. I find myself listening with very different ears to normal, though. What on earth would the makina kids think of this churning indie-rock – itself barely different from something you might have been able to hear 20 years ago? Would they be able to tell a Pavement tune from a My Bloody Valentine or Dinosaur Jr. or even Nirvana tune? For them, does the weaponised eurotrance of makina sound as different from one tune to the next as these songs do to me? Who knows… but in an era when we’re constantly told that everything is assimilated, everything is up for grabs and nothing is new, it’s been extraordinarily refreshing to see something so distinct and self-contained with its own local infrastructure: to see people quite literally doing their own thing.